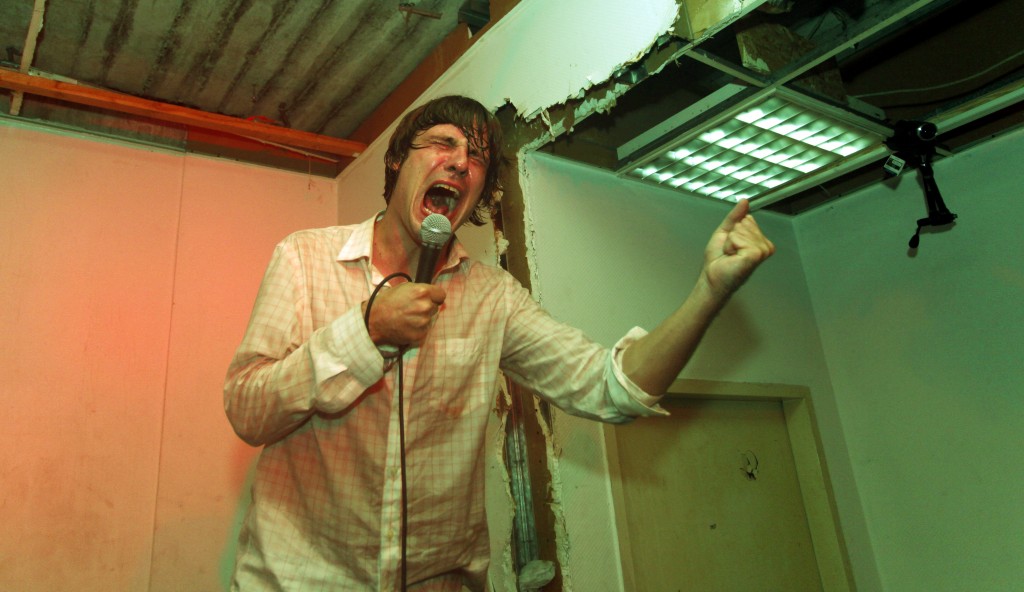 “What did I just saw?” It’s a common question after a John Maus live show. The seemingly shy philosophy professor from Minnesota is so powerful when on stage that you think he is possessed by an 80s synth pop demon. He screams, hits, bounces and ultimately pulls his audience into his dreamy, retro-futuristic universe. Hence the legendary music lovers’ t-shirts with the motto «I saw John Maus live!»

His constant search for the “truth of pop” and the universal values of love and truth through a mutually intelligible language brought him next to the side of Ariel Pink and Panda Bear, and urged him to reconstruct DIY new wave through three extremely personal albums.
This year’s “We Must Become the Pitiless Censors of Ourselves” is undoubtedly his greatest achievement so far and claims a high place on the 2011 best albums lists.

The support artist is The Boy /Alexanderos Voulgaris and he could be considered as an intellectual brother of John Maus, The Boy draws a deep line of concrete meaning and sends Black Blood (the first book of the same title, released along with this year’s album “Hliotherapeia”) to the front line of Greek lyricism. He works as a link between parallel worlds that lay bare in front of our eyes on a daily basis. He reinforces his message by talking face to face and exposing a loud domestic violence that does not redeem but speaks of an uncertain future.