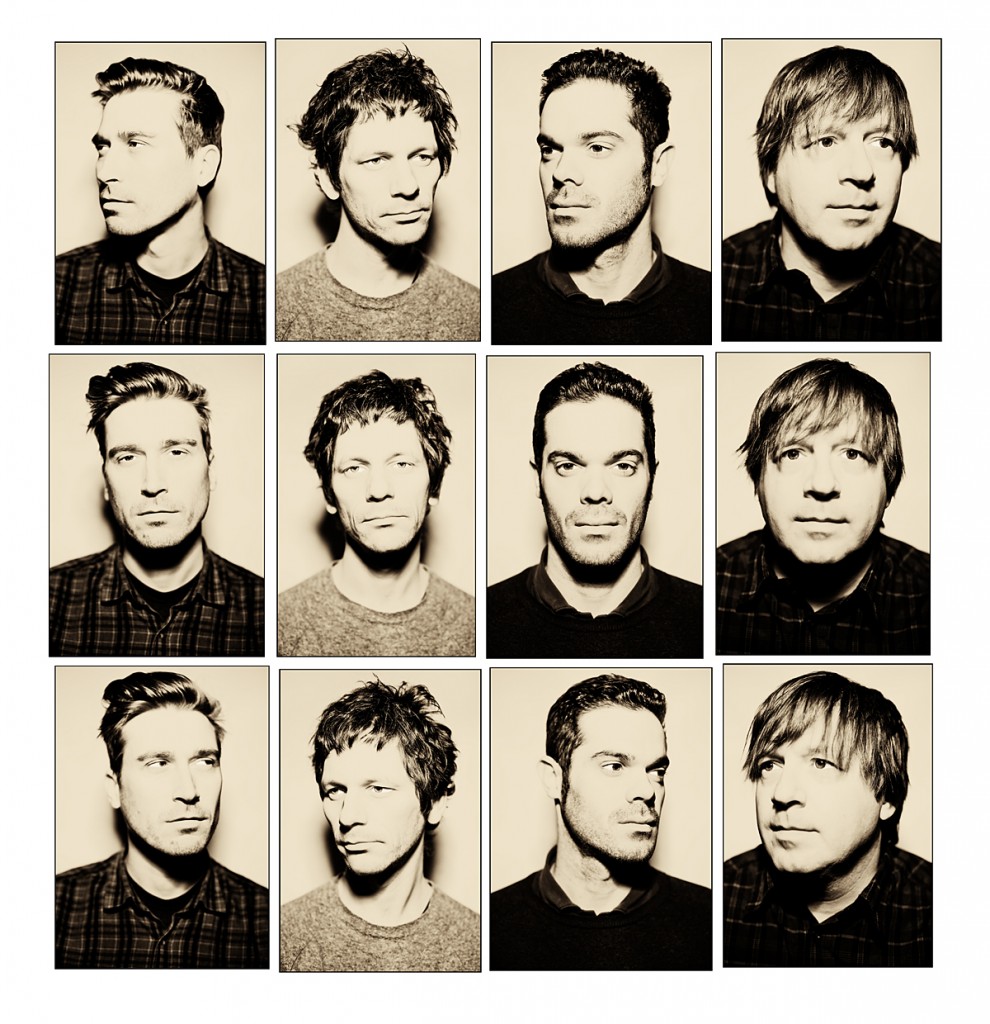 Note to self: Remember not to forget to mention that the drummer from the main band on the bill is a certain Steve Shelley who once played in Crucifucks. And then dropped everything and went to play in an unknown band from New York called Sonic Youth. And kinda helped them to become known outside of New York too. So much so that you might have heard about them.

Anyway, we decided to linger on a while in summer and tire you a bit more with our own – and hopefully your – musical obsessions. As such,  we are delighted to welcome for the first time in Greece, the quartet that are Disappears from Chicago Illinois,

Disappears are the brainchild of Brian Case (formerly of 90 Day Men and Ponys), who together with Graeme Gibson, Jonathan Van Herik and Damon Carruesco decided in 2008 to try to combine the spirit and tradition of  the Chicago ‘noise’ independent scene ( ironically, the last band ever signed to the legendary Touch & Go Records before it ceased activities) with elements of krautrock, shoegaze, garage rock and other music genres with imaginative sobriquets.
Their first LP, Lux (2010, Kranky Records) presented the first opening salvoes of the band, while the advent of a new drummer (can’t for the life of me remember his name)  for the Guider LP (2011, Kranky Records) promotion tour streamlined and tightened the sound of the band, a fact made more evident in this year’s LP, Pre Language (2012, Kranky Records), which is arguably the band’s best effort to date.
So this drummer (It will come back to me, don’t worry) definitely helped the evolution of the band. Well after all, he is considered as one of the greatest drummers ever. And beyond that, he also happened to play in a relatively good band from New York (Sonic Youth), runs a record label called Smells Like Records, launched the career of Cat Power, introduced the music of Daniel Johnston, Townes Van Zandt’s and others to a larger audience, etc. An overall busy man and a good drummer, as people say at least.

And since we like busy people, and music with weird names like krautrock, shoegaze, etc., we will be waiting for your attendance with great pleasure at An Club in Exarcheia for an explosive live show, our last until autumn.

Opening the show will be  A Victim Of Society, arguably one of the most promising independent bands of the Greek music scene. After our previous collaboration for the Dirty Beaches show (where we were lifting our jaws from the floor), the guys (Vangelis and Fotis ) have taken part in a  number of equally impressive live performances, highlighting the elements of experimental, post punk influences and dirty rock ‘n’ roll that characterizes their sound. Oh, and if you are not the owner of their self-released tape, your loss. But at least get the 7” Fake Friends / You ‘re Gonna Hate Me (2012, Fractal Press) …

Anybody remember the name of the guy who plays drums for the Disappears?