With the so-called “San Francisco new garage” scene (so novel…) getting a fair bit of press lately, it is fair to say that 3 larger-than-life personalities are emerging as the people around which this Northern Californian resurgence of garage, psychedelia and punk is gravitating: John Dwyer of The Oh Sees, Mikal Cronin and Ty Segall. We had the pleasure of hosting John, Bridgett, Petey and Mike (AKA The Oh Sees) in June this year, so what better than to have the other aforementioned people over: Ty Segall and his touring band, which includes Mikal Cronin on bass. That simple.

Ty Segall, with all of his 25 years, has managed to release to date something like (depending on what you consider ‘official releases’) 15 records, seriously putting him in competition with his good friend John Dwyer as “the busiest men in music”. In 2012 alone, Ty released Hair (Drag City, as Ty Segall and White Fence), Slaughterhouse (In The Red, as The Ty Segall Band) and is about to release Twins, the follow up to last year’s excellent solo record Goodbye Bread (2011, Drag City).

Originally from Los Angeles, Ty Segall moved to San Francisco at18 in order to study. A fan since high school of bands such as Coachwips, Ty soon became a part of a group of musicians that took advantage of the multitude of cheap rehearsal spaces and small studios available in San Francisco to develop a new signature sound for the city. A sound that appears to have developed from all the previous musical movements that emerged from The City By The Bay: garage rock, 1960’s psychedelia, hazy pop music, the 1980’s SF punk scene, and more.

And in Ty Segall, this resurgence of SF music may have found its most singular representative: the perfect fusion between complete noise, catchy pop hooks, acid-drenched lyrics and -lately- a taste for Sabbath-size riffs. Add to that the fact that Ty Segall’s shows are reputedly complete madness, and you can see why we are excited to have him and his band over on Saturday November 10th for the first time in Athens. 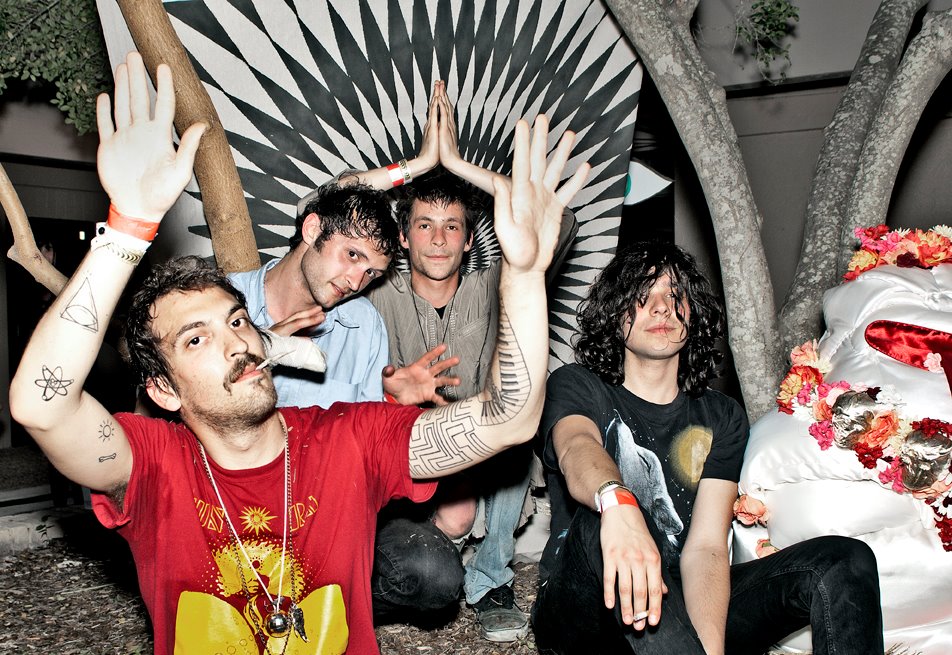 Opening for Ty Segall will be Acid Baby Jesus, mainly because we could not think of a better match (as we said, that simple) after pairing them with The Men earlier this year. Following last year’s Acid Baby Jesus LP (2011, Slovenly Records) and their EU/US tour, the band took part at the Austin Psych Fest 2012. Currently in the process of recording their new album, look forward to their split release with Hellshovel on November 6th.  Arguably one of the best Greek bands, their blend of garage rock tinged with 1960s rock melodies and their energetic live shows will prove a perfect foil for Ty Segall’s Band. But let it be known, we’re not cleaning the backstage room again. 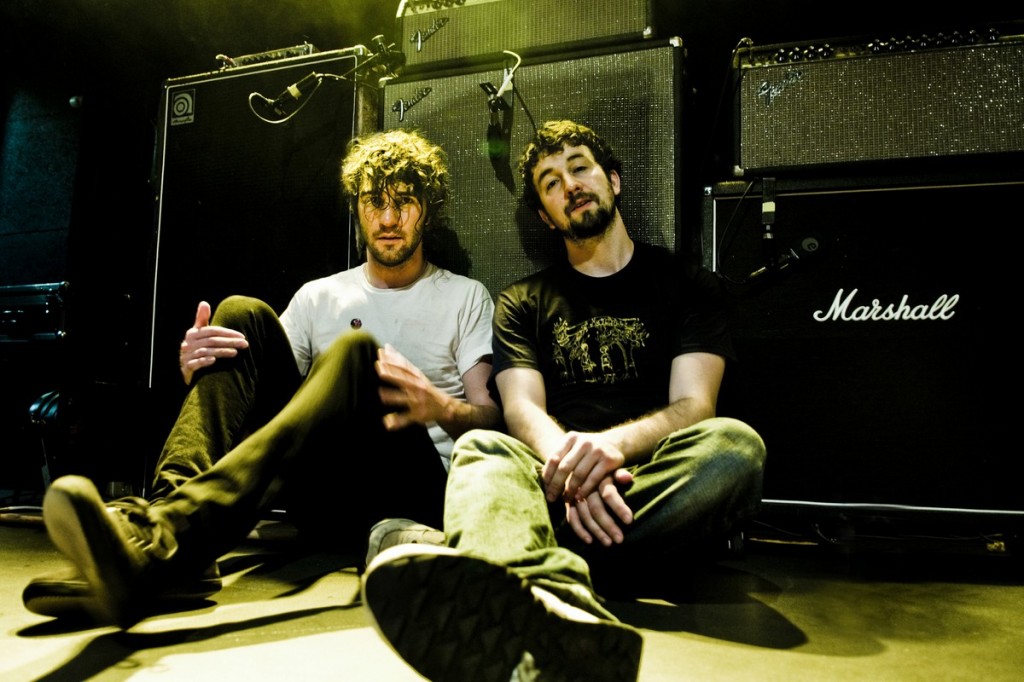 Anonymity, break-ups, close bouts with death, self-inflicted or accidental wounds, nights doused with alcohol and smoked up in packs of cigarettes. Whatever one might think of their music or their artistic merit, Brian King (guitar/vocals) and David Prowse (drums and Darth Vader), better known as Japandroids, are not one of those bands that followed an easy trail laid with roses.

Japandroids formed in the year 2000, at least in the mind of two then students from British Columbia, Canada; the band itself actually took shape in 2006, as the two members had by then dispensed with higher education. Influenced by the spirit of the American continent’s 1980s independent scene (hardcore punk, Minutemen, Husker Du, Fugazi et al), the band started booking their own shows and tours, self-producing their records (All Lies EP in 2007, Lullaby Death Jams EP in 2008; both can be found on the No Singles comp of 2010 on Polivinyl records), frequently rounding up friends to assist in the true spirit of a do-it-yourself life.

But the best laid plans don’t always work : Japandroids came close to splitting in 2008 and it is only through the persuasion of tiny independent Unfamiliar Records that Post-Nothing (2009, Polivinyl Records) saw the light of day. An album of visceral and brutally honest music and lyrics, a sort of testament to growing up and singing about it in a band with your best friend. Post-Nothing quickly garnered rave reviews, and, as such, might be a fine example of how the internet can now bring attention to a recording that almost  never existed.

Two years of intensive touring and a couple of near-death experiences later, the band released Celebration Rock (2012, Polivinyl). Which sounds exactly like what it says on the tin : an anthem-filled celebration of an album, with debts to both the battery-acid pop of Husker Du and the bare naked emotion of a Bruce Springsteen. And as always, the live renditions of these songs turn into a Celebration of the travails and efforts of a band that are on stage not because they have to, but because they clearly want to and have the battle-scars to prove it. 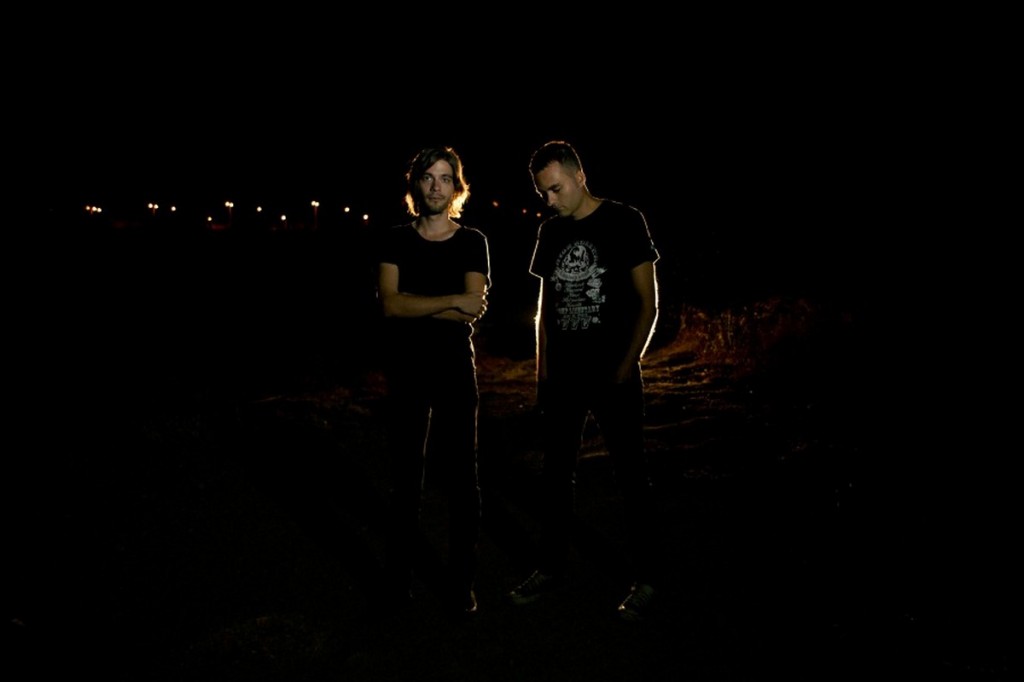 The Noise Figures seem to follow the same high-energy path. George Nikas and Stamos Bambaris are prominent figures of the Greek wise indie folk scene and have played in several bands including Flakes, Zebra Tracks and Keyser SozeThey joined forces to create a new, darker sound and just released the Turn Off the Lights EP. They will set up their black music keys on An Club’s stage and corrupt us with their new garage blues stories.