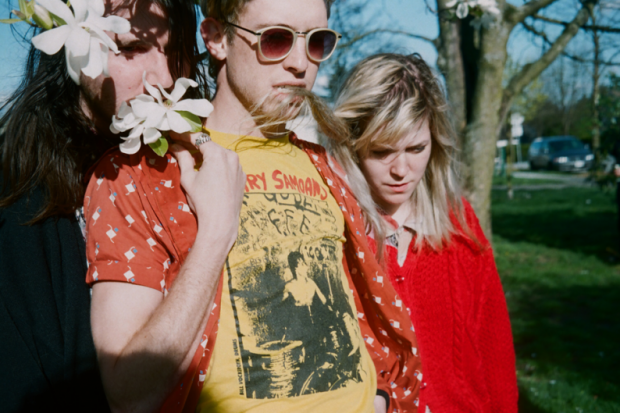 Another year, another band from Canada! And no, it’s not Celine Dion, nor Alanis Morisette, nor even – teardrop – Neil Young.

This time we have the pleasure to welcome the explosive punk trio Nü Sensae for their first time in Athens.

Nu Sensae was formed in 2007 inVancouver by Andrea Lukic, of Serbian origin and Daniel Pitout from South Africa. The following year they released their first, namesake, LP (Nu Sensae, 2008), followed by consecutive singles and EPs (Three Dreams, Sorrow, Tea Swamp Park only in 2010) until they made heir first impression with TV, Death And The Devil LP (2010, Nominal Records),  an album that got great reviews from the punk scene on the other side of the Atlantic.

In 2012, with the addition of guitarist Brody McNight,  the band released Sundowning (Suicide Squeeze, 2012), a thunderous record with  a much more dark and heavy sound, a witness to the addition of an electric guitar in the mix to their already heavy with rage musical idiom

Essentially, this represents a new beginning for the band, without however foregoing the sound they cultivated as a binary proposition.

Andrea’s vocals alternate between screams , singing parts to passages reminiscent of spoken word, drums suddenly stop-and-start, keeping  the fragile musical edifice upright, while the guitar allows the transition to harsher sounds hand, almost touching on  psychedelia at times. The result reveals a band that has absorbed all the lessons of the various expressions of the American punk scene (hardcore, noise, riot grrl, grunge) and is searching  for new and inventive ways to express them.

Add to that the independent female persona of Andrea that follows the angry steps of Kim Gordon (Sonic Youth) and Kat Bjelland (Babes In Toyland) and the –gay and proud activist- beast of a drummer that is Daniel and you have a band that also does not hesitate to explore lyrically dark paths.

The whole result promises a vibrant live show, peppered with intensity, noise and sweat, both on and off stage. 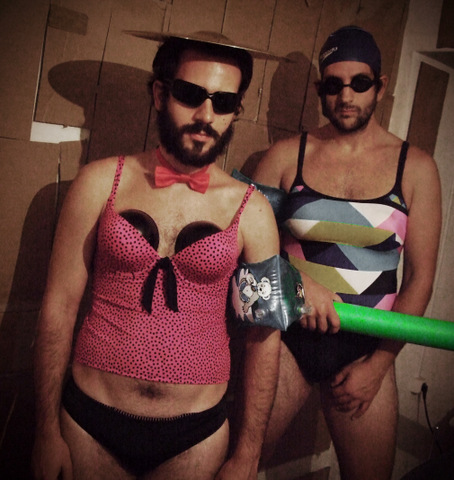 Rita Mosss and her band will open the show. Rita is a legendary, fierce streetwalkerwho decided to stop turning tricks and start writing songs that describe her stories of passion, wisdom and absolute filth. Two of her favourite (and particularly bright) clients will perform her songs on stage. She simply can’t bother.